In the future, advances in medical technology and surgical methods may help to save and improve lives. As a result, some surgeons are ill-prepared to conduct complicated procedures and some patients are put in danger because our existing system of educating and evaluating surgeons has fallen behind the speed of innovation. When used in training, virtual reality technology has the potential to help solve these issues and improve abilities. 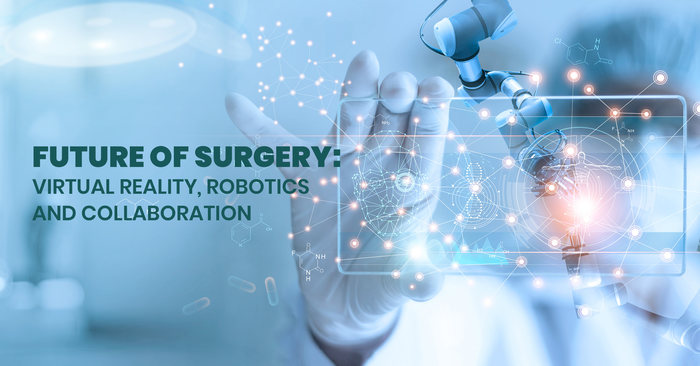 When it comes to surgeons, we observe a distinct difference between their residency and fellowship training. Are some residents intrinsically better surgeons than others? It’s also possible that these variations might be attributed to differences between trainees’ clinical circumstances and autonomy levels. As an example, one surgeon may have conducted dozens of hip arthroscopies throughout their training, whereas another may have only performed one or none.

Is it possible to offer the correct type of training standardized? A second question is how can we objectively determine if surgeons can perform well before they begin independent practice?

Many surgical residency programs struggle with accurate and objective assessment. When it comes to evaluating residents’ performance, these programs don’t often use standardized exams with quantifiable standards or “scores” for surgical competence. If you’re trying to define a “good surgeon,” it might be difficult to distinguish bedside demeanor, work ethic, and technical skill from surgical expertise and proficiency.

Additional problems for surgeons include insufficient opportunity to practice new skills, particularly those connected to new medical technologies. The medical device business will send surgeons to a one or two-day training course to learn about a new gadget. It is rare for surgeons to continue honing their abilities after their first training. As a result, surgeons are forced to update their knowledge “on the fly” in an operating room after training for four or six months.

These deficiencies in training and assessment are raising the degree of risk for patients and the surgeons who care for them, with significant implications. Take a look at these numbers:

According to a recent University of Michigan research, 30 percent of surgeons are unable to operate autonomously after completing a residency program.

Death rates for bariatric surgeons with lower competence levels were 5x greater than those with better skill levels, according to a study published in the New England Journal of Medicine in 2010.

There are many reasons to be concerned about the current state of affairs, but the aging baby-boomer population and predicted surgeon shortage might make things far worse.

VR (virtual reality)-based training systems provide an exciting answer to a number of these difficulties. Computer technology is used to create a virtual world that immerses the user in the experience, according to the definition of virtual reality (VR). Through immersive, hands-on training that replicates an operating room setting, these platforms address the skills gap directly. On-demand, portable training is available on VR devices at any time and anywhere.

To make matters worse, VR-based technologies integrate “checklist-style” assessment methods to objectively quantify surgical skill, placing the procedure beyond human subjectivity. These technologies provide surgeons with a detailed view of what they are doing right and where they may improve.

Worldwide, hospitals and colleges have embraced virtual reality certification training for years, but there has been little study on the usefulness of VR until recently. Recently, UCLA’s David Geffen School of Medicine conducted research to address that need. Study participants who underwent virtual reality (VR) training performed 230 percent better than those who used traditional training techniques.

Participants were randomly divided into two groups: a standard training group and one that received VR instruction on the Osso VR platform to a predetermined level of competency over two weeks. All participants had to conduct intramedullary nailing of the tibia (one of the bones that run from the knee to the ankle) to heal the fracture. An unblinded observer assessed their performance on a “sawbones” model that was created artificially.

With a 230 percent gain in total score based on a five-point evaluation scale, VR participants earned considerably higher scores in all areas compared to the traditional-trained group. Those who were VR-trained performed the operation on average 20 percent faster than those who had been trained in traditional methods. In addition, they completed 38 percent more steps properly on the procedure-specific checklist than their counterparts. Both of these findings were statistically important.

Instead of putting a surgeon in a simulated world, augmented reality augments and overlays the real clinical setting. You may choose from a wide selection of technologies including Pokemon Go, HoloLens, and Google Glass.

For instance, here’s an example of how augmented reality may be used When faced with a complicated or unusual situation, surgeons typically seek the counsel of an expert. Before or after the treatment, these specialists are commonly contacted through email, phone, or text message. Experts can view what the surgeon sees and give personalized assistance throughout a surgery via telementoring, a popular usage for AR.

Surgical safety and efficiency may be improved using relatively simple technologies. Miscommunication, danger, and inefficiency in the operating room can be caused by coordinating a surgical team in the operating room. It is common for team members to come and go throughout a process, which might lead to confusion regarding what is expected of them.

In order to solve this problem, ExplORer Surgical has developed a simple-to-use solution. During surgery, each member of the surgical team has an iPad with individualized instructions as to what stage of the procedure the team is at any given time. As soon as a “conductor” is ready to go on to the next phase, he or she swipes the screen.

New means of delivering surgical education are needed in today’s continuously changing medical world. To guarantee that our surgical workforce has a constant level of quality and standardized skillset, we must codify our technical evaluation process in order to more objectively examine surgeons’ skills.

Due to a stressed surgical-educational system, fast medical innovation, and an impending physician shortfall, virtual reality (VR) may be an important instructional tool to supplement surgeon training and continue to provide the best treatment to patients.